that the Jews cannot be reached before the return of Jesus/Yeshua the Messiah, and that therefore Christians need not be concerned with reaching out to the Jews? 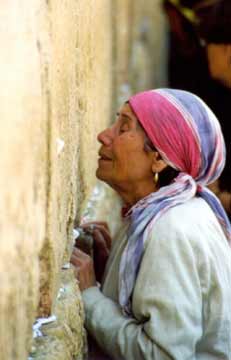 Is God willing and able to graft the unbelieving modern day Israelis back into their original tree of covenant promise?

Here are some Bible passages that provide an answer for this question:

Again I ask: Did they stumble so as to fall beyond recovery? Not at all! Rather, because of their transgression, salvation has come to the Gentiles to make Israel envious.

I am not ashamed of the gospel, because it is the power of God for the salvation of everyone who believes: first for the Jew, then for the Gentile.

But you will receive power when the Holy Spirit comes on you; and you will be my witnesses in Jerusalem, and in all Judea and Samaria, and to the ends of the earth."

And you are heirs of the prophets and of the covenant God made with your fathers. He said to Abraham, 'Through your offspring all peoples on earth will be blessed.' When God raised up his servant, he sent him first to you to bless you by turning each of you from your wicked ways."

O Jerusalem, Jerusalem, the city that kills the prophets and stones those sent to her! How often I wanted to gather your children together, just as a hen gathers her brood under her wings, and you would not have it! 35 "Behold, your house is left to you desolate; and I say to you, you will not see Me until the time comes when you say, 'BLESSED IS HE WHO COMES IN THE NAME OF THE LORD [Baruch HaBa B'Shem Adonai]!'"

If you still don't agree, please read this.

If you have comments, please add them below.

My name is jack hazut my website is www.israelimage.net you have been using my photo without my permission please contact me today. jackhazut@yahoo.com

My name is jack hazut my website is www.israelimage.net you have been using my photo without my permission please contact me jackhazut@yahoo.com

hi my name is jack hazut my web sit is wwwisraelimage.net you have been using my photo without my permission please contact me jackhazut@yahoo.com Jack Hazut Photos from Israel and the world

Depends on the type of mission trip.For serrttas, it's illegal to solicit others on the street to convert to another religion. Whether it be Christianity, Islam, or even Judaism. Privately, it's obviously okay, but it's not something allowed in the public sphere.If you are doing the type which is more like building an orphanage or hospital, like I commonly hear from others who do such in Latin America, then that's fine.The active and violent reactions come from the more religious spheres, which are kinda secluded in their own spaces. In Jerusalem, you might get close to some, but everywhere else you'd know that you don't have much of a chance converting anyone. And it's less active and violent as it is yelling and screaming, which is scary but mostly you'll be fine physically. Messianic Jews do experience some discrimination in Israel. It's not that bad, and they live fully functioning lives. The problem is the word "Jew", which other Jews don't like them using. For serrttas, there is the idea that Jews don't worship Jesus, and it's a dividing line, so they just aren't Jews to begin with. Nonetheless, most Israelis are perfectly fine with them, so there really isn't to worry about.Once again, don't actively seek out converts and proselytize in Israel, since it's illegal, but for whatever reason you are there, it's always a good idea to tour the Holy Land anyway.References :

It's good to see smoneoe thinking it through.

What a joy to find such clear thiknnig. Thanks for posting!